Christopher Columbus the famous explorer of all times explore America on October 12, 1492. Since then the day is recognized as Columbus Day. Many states of the U.S celebrate Columbus Day at a national level and some not. Some nationals celebrate the anniversary of Christopher Columbus’s arrival with special church services, parades, and large events are held in big and small cities across the U.S, celebrations in New York and San Francisco are worth mentioning. A boost in celebs can be seen in the Italian-American community. Hawaii does not celebrate Columbus day at the state level but they call it Discoverers’ Day.

As Columbus day is a federal government holiday many online retailers and brands offer some good discount deals. Big names like Belk, Target, Kohl’s, Thinx, and many others are sharpening their sale skills at this Columbus day 2019. Later this year the Black Friday 2019 will be the biggest of all sale events but for now, let us focus on Columbus Day 2019.

While some historians consider Columbus a swashbuckling hero, some may totally disagree. It’s totally up to the mindset of people. Let us take a brief look at Columbus’s life. Also, visit Columbus Day 2019 Sale to explore all saving options at a single place.

Columbus began his journey as a teenager by participating in several trading voyages in the Mediterranean and Aegean seas. When he was on a trip to the island of Khios, (modern day’s Greece) carried him the nearest he would ever come to Asia. His first journey to the Atlantic Ocean was in 1476, where he almost lost his life as the commercial fleed was attacked by the French freebooters off the coast of Portugal. The ship he was sailing in was burned and Columbus secures his breath by swimming to the Portuguese shores.

A Glimpse at Personal Life

Finally, when he made his way to Lisbon, Portugal, he settled down and married Felipa Perestrello. Christopher gained exposure and knowledge of the Atlantic currents that are streaming east and west from the Canary Islands after many voyages to Africa. That becomes the core knowledge of Christopher Columbus that makes him conquer the sea and becomes the first to discover America. The moral of the story is to keep striving hard until you succeed.

Sarah James is a workaholic, shopaholic, and webaholic. She deals in the digital market and hunts for the latest trends in the shopping industry. As a professional writer at DealMeCoupon, she is a champ at helping bargain hunters every day.

What do you think?

Get the best viral stories straight into your inbox! 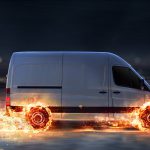 We are your one-stop destination for the top trending deals and expert saving advice. Shop like a boss at all the top brands with the best savings tips. Keep yourself updated with the latest trends, hot deals, and ways to save big on your favorite brands. Happy shopping!

Back to Top
Close

Your password reset link appears to be invalid or expired.

Hey Friend!
Before You Go…

Get the best discounts straight into your inbox before everyone else!

Don’t miss out on new posts!